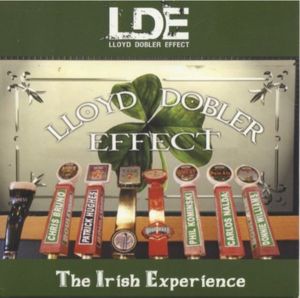 Or at least so says their latest 15-song set “The Irish Experience,” a sprawling collection of cover tunes aimed at celebrating the green, white and orange with far more vigor than 59 college-town bars could even dream of conjuring up on St. Patrick’s Day. There’s ruckus. There’s tenderness. There’s fast-paced songs. There’s waltz-like songs. There’s weird voices. There’s angry attitudes. And there’s booze. A whole Notre Dame-sized ton of booze, actually. Call it formulaic. Call it gimmicky. Call it what you want. But the one thing you can’t call it is lazy — the passion these guys have for that tiny piece of land somewhere in the Atlantic Ocean could barely be matched by 42 Chieftains records and at least a dozen copies of “The Wind That Shakes the Barley.”

Maybe the most striking thing about the collection is the transformation of lead singer Phil Kominski from pop-rock singer to full-on green-blooded Irish crooner. Tracks such as “Irish Rover” and “South Australia,” two classic folk tunes that the band ostensibly make their own, have an enthusiasm and eagerness not seen this clearly on any other LDE release. Both are aggressive in nature, and both are remarkably fun, combining for a short soundtrack to what would undoubtedly be a candidate for the city of Wexfod’s Party Of The Year.

Better yet is the slowed-down “Dirty Old Town,” an oldie-but-goodie from the Dubliners (a band, it should also be noted, from whom LDE borrow frequently throughout all the collection). The sound of a slide guitar melds wonderfully with prominent banjo work to paint a picture of old Irish farmland far more accurately than your cheapest travel brochure ever could. The performance’s somewhat tangible bleeding heart doesn’t hurt matters, either.

Actually, the set’s secret weapon is just that: For how unruly a lot of traditional Irish folk tunes can be, some of these songs’ soul allow them to create a poignancy hard to find in other niches. Flogging Molly’s “If I Ever Leave This World Alive” is the perfect way to put a bow on the record (save for an original secret bonus track, of course), as Chris Bruno steps to the forefront with vocals smothered in believability and melody. As his words veer into shout-land toward the latter half of the track, it all but proves the amount of depth in versatility the group possesses.

And speaking of that versatility, Elizabeth Coyle Kominski (Phil’s wife) drops by for Dublin’s unofficial anthem, “Molly Malone,” and again makes the case for either a permanent spot in the band or a solo career that public radio should have no problem warming to. Backed by a swinging 6/8 time signature and beautifully tasteful guitar picking, her Neko Case-come-Natalie Merchant style fits like the perfect amount of Guinness can flow into a spotless pint glass. It’s a picturesque combination, really, one worthy of the city it represents.

Even the absurd songs work. Dennis Leary’s “Traditional Irish Folk Song” lands about halfway through the set and is a welcome jolt of silliness. “We drink and we sing and we drink and we die,” Bruno offers before the first verse fades, and it’s hard not to at least feel a slight chuckle creep underneath your breath. Album-opener “All For Me Grog,” meanwhile, is a pitch-perfect decision for a blast-off, beginning with a loose (if not fun) group harmony that serves as a promise for what comes next: 14 subliminally rowdy Irish songs played by a subliminally rowdy local band that knows exactly what it’s doing, even when they want you to think they don’t.

Such is why Lloyd Dobler Effect’s “The Irish Experience” works on a level far more substantial than a simple ode to green things and leprechauns. Competency and presentation are two essential elements to any quality recording, and while LDE have proved in the past that they contain both, this collection cements them as a certified Group of all Trades.

The best part? “The Irish Experience” suggests they can still be a master of most.