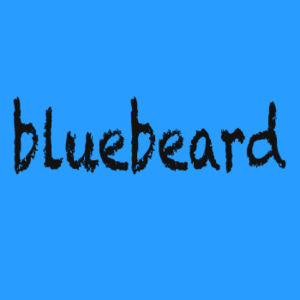 Killer flute, dudes! No, but really: Checking out “The Bluebeard EP” by Bluebeard (who have since changed their name to Bare Left) is like an accidental trip over bridges that somehow link Jethro Tull, The Who and (scoff all you want) Dave Matthews Band. Coming from a quartet of students who attended the University of Maryland at College Park, what this five-song set might lack in production or performance is offset by the bravery and imagination with which it is presented. Yeah, it’s not major-label quality. But it sure as Ian Anderson isn’t a quick half-hour with GarageBand, either.

Plus, there’s some serious mood attached to the bulk of what you hear. Singer Kai Keefe was born to mope, and in the case of Bluebeard at least, that layer of tonally resilient apathy creates the atmosphere of a 1970s rock club, best seen with stairs that flow under the ground rather than over it. Even the harmonies with guitarist Alex Galiatsatos are pretty in the way a rainy day can sometimes hold more beauty than a cloudless sky.

“Cellar Floor,” a slowed-down acid trip through Terrapin psychedelia, takes the best of what David Gilmour and Roger Waters did without the help of The Floyd and turns it into modern-day pop-prog. Think “Wish You Were Here” meets anything from The National’s latest record. Better yet, these guys have the brains to keep the thing under four minutes, always an overlooked courtesy that stoner-rock too often ignores.

Actually, the “rock” portion of that phrase might even be a bit underrated when it comes to these four guys. “Please, Please” utilizes a Pete Townshend-inspired guitar line to near perfection, all the while breaking for verses driven by little more than a bass and some tom-toms. Neither element measures up to the effects Galiatsatos showcases for that classic late-1960s Brit-rock vibe, though. It’s a grand combination, really — straight-forward structure mixed with the ability to turn up when needed — and Bluebeard leans on it enough to never outrun their boundaries.

The only real knock on the set is a general lack of shine. Drummer James Riffle could use a lesson or two in both groove and tuning, but at the end of the day, his is a sound almost essential for such a classic-rock-radio approach, anyway. And yeah, sometimes Keefe’s vocals can sound a little too careless, though considering how his offerings extend far beyond the voice, all is forgiven by the time listens No. 3 or 4 come around.

And speaking of those offerings … seriously, that flute! It’s the band’s secret weapon and it single-handedly takes this otherwise pedestrian outfit and adds a palette of colors best seen on the clothes people refused to wear at Woodstock. “Gone Away,” the most complete track of the bunch, allows Keefe and Galiatsatos to step into the spotlight with their respective weapons of choice (flute and guitar), and both players never disappoint. The former almost instantly takes the novelty label off his woodwind wonder, slashing through a bridge with precision and taste. Galiatsatos, meanwhile, erupts for a quick solo that bends and echoes with headliner caliber. Double that recipe for “Captain and Crew.”

By the time the EP-ender “Love Withered” rolls around with its waltzy 6/8-time signature, you almost have to ponder what a good producer and some upgrades in equipment could offer these guys. Yeah, it’s a fine-enough way to close things out, but more than anything, it leaves you wondering what if. What if they had more time to devote to their craft. What if they had more time to mature as a group.

“I haven’t played in a very long time so please don’t make me cry,” Keefe begs on “Captain And Crew,” but he needn’t worry about a thing. Because as Jethro Tull taught us all the way back in 1968, more flute = less room for tears.

Photo Of The Day: Caitlin O’Shea